We recently raised the issue of iPads, gaming and social media as our children (and we) are becoming more transfixed, spending increasing “T.O.D.” (aka, Time On Devices) (See: Kids & Their Devices).

Much of what we are concerned about is based on anecdotal evidence, you know, the things we see in day-to-day life. We collect images that are concerning on some level, like when we see kids glued to iPads in restaurants or at the dinner table.

Beyond the anecdotal what does some of the actual evidence tell us?

A research poll conducted with 1200 teens and parents by Common Sense Media found teens spending an average of 9 hours a day on devices, while “tweens” are clocking in around 6 hours.

So multiplying daily usage over 365 days in the year, teens are spending over 3,000 hours a year on average, with tweens over 2,000. The overexposure to social media can have damaging effects on young people who see idealized concepts of how they believe others are living and this can in turn contribute to a growing depression in this digital generation who are hanging onto feelings of inadequacy. Something like Honey Lake teen depression treatment may be sought in order to get young people back on the road to mental wellness using a Bible-based approach.

Other findings from the study

Back to the anecdotal, an interview I conducted with my dear friend and colleague Fran Sherman, LCSW, who specializes in teen depression said some of the following about what she has seen in her practice:

Obviously, as we go about our day checking our phones (another study showed we check an average of 46 times a day) and another study found 81% of us looking at phones in restaurants, we have to check our A.H.I. (i.e., the Adult Hypocrisy Index), as kids will quickly call you on it.

So, before you try and modify your child’s behavior, you may need to be doing a little self-modification.

Next step after checking your A.H.I. is to spend at least a chunk of the weekend in areas where there are no links to technology (i.e, the outdoors). In other words, take your kids on a hike or something and leave the phone in the car (shocking a proposition as that may be). While being indoors, engage them with activities like Dark Souls board Game or Marvel Champions Card Game. Additionally, these games help your kids stay engaged and stay away from phones. Thus, making them perfect gifts for 15 year old boys.

Even something as simple as playing going to a restaurant without iPads. (Kids coloring with crayons at the table is still old school enough to be acceptable.)

With both such scenarios you will probably go through a period of detox with the kids.

It’s worth it though.

Just remember, Steve Jobs, with the no iPad policy that he had in his house, was on your side.

iPads R’ Us: Kids & Their Devices

Some of the questions raised included the following questions:

As I did my background reading for the talk, I learned something that I found pretty astounding.

Guess who did not allow iPads into his home?

That’s right, Steven Jobs.  So while Jobs was promoting iPads as the device that would revolutionize our lives, he was wary about his own children becoming taken over by them.

Not only that, apparently many of the leading tech gurus of Silicon Valley sent their children to private schools that are completely technology free, like the Waldorf School.

So, while most public schools are having kids on Chrome books and iPads throughout the school day, the technology leaders of the industry are going the opposite way with their own children.

Hmmm, I wonder what that is telling us?

(To read more about Steve Jobs and other low tech parents of Silicon Valley, click here: Steve Jobs Was a Low Tech Parent)

(More to come on children and their devices  in later posts.) 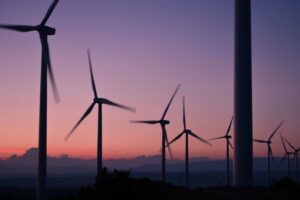 About 60% of the kids out there have a relatively easy ride.  Their school journey is on a flat plain.  Reading isn’t a big deal.  Skills layer on top of skills.

Then there’s young George, age five a kindergarten child who is one of the 40%.

George is a five-year-old master Lego builder.  Proudly building 300 – 1000 piece designs, he was the king of preschool through most of kindergarten – that is, until the curriculum ramped up and they started teaching kids to read.

While those in the 60% group were making quick strides connecting letters with sounds and  reading common words, George felt a sense of panic.  “How come we aren’t playing all the fun stuff anymore like we used to in school,” he thought to himself.  “I can barely write my name,” George thought,  after the teacher asked the children to write about the big winter storm. (George’s name did have a lot of vowels.)

The girl sitting next to him looked at George with scorn as he worked on his name while she was almost done the real writing about the winter storm.  The girl thought George was so dumb – it was so easy writing about the storm.  “What’s his problem,” she thought.

George’s mother decided to have him tested.

When I meet George, he jumps out as one of those exceedingly cute, irrepressible types – “I’m the best in my class at Legos,” he tells me proudly and quickly.

While he zips through the tasks that are nonverbal in nature, George doesn’t do so well on some other tests.

Much of testing of the kids who are in the 40% zone involves looking for some of the “culprits” of learning disabilities, the factors that are seen as common contributors to difficulty.

I ask George to write his name.  “Ugh,” he groans, “It’s so hard,” as he tries to grind out his name after much effort.

As part of the cognitive testing, George is asked different types of questions.

George heard “crown,” as “clown,” which confused him.

“How many sounds are there in the word ‘flip?’”  George answers. “one.”  He doesn’t understand what he is being asked.

By the end of the testing it is clear that George is solidly in the 40% of those who are likely to be struggling in first grade and beyond.

Among other things, Lego master George, can’t distinguish sounds all that well and he’s not connecting the letters to their sounds. Writing anything is painful and overwhelming to him.

At this young age there are signs that George is finding school distasteful, something to avoid.

When you’re in the 40%, it doesn’t get any easier.  Don’t wait around. Once the “culprits” are identified,  seek help.

Part II on “The Don’t Give & You Get Street” 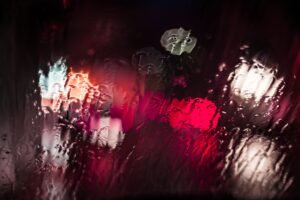 This is a street where kids play endless video games, see their phone as God-given right, and basically are blowing you off when it comes to meeting responsibilities such as homework completion.

I asked you to list all of the things that you do for your child or that he/she takes for granted beyond food and shelter.

This week we implement a strategy for addressing it.   I will lay out the basic principles here and then give you a link to listen to how I suggest that you talk to your child.

Step 1.  Find a time to sit down with child.  There should be no distractions or anyone interrupting.

Step 2:  Start with a conversation such as the following:  “James, we need to talk.”  (Talk slowly – not excitedly.)   “You have been making me nuts with your lack of homework and the way you whine and carry on.”  (Pause count to three and let it sink into James’ head.)

(At this point, if handled well, James’ interest is elevated…It’s a different way he’s been spoken to previously.)

Step 4:  On a white board (or its equivalent) list  the top four things from your list of indulgences (i.e., The Things James Takes for Granted.  (Usually it will be some form of electronics, but it could include taking James to games and practices.)

Step 5:  Say, “James, it’s your choice.  If you do your homework and meet basic responsibilities without all the whining and fussing, I put a green check on the calendar (not on the iPhone!!!!!!).  That means you have earned a free night.  You can play your games or we can go to practice.  If you choose not to do your work, it’s ok, but that means it’s going to be a very quiet electronic free night – TV is off, no texting and no X-Box.  It’s just quiet.  I’m not going to get all worked up and yell at you, but understand it’s a quiet , electronic-free night.

Step 6:  If James has chosen not to do his homework, let him know that you will be sending a note in to the teacher to let her know what you chose.  (No kids like this.)

The next day you start clean and everything is reset.

Listen here for a brief  audio add on.