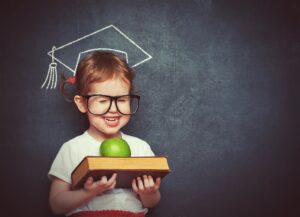 A number of years ago a very powerful piece of research emerged in the field of psychology and education. This research, by Dr. Keith Stanovich ultimately became known as the “Matthew Effects.”

The Rich Get Richer

A biblical metaphor, the Matthew Effects highlighted the simple concept of the “rich getting richer.”

How do these effects apply to learning disabilities and child development?

Let’s take Child, A, named William.  On a smooth road in preschool, William did not encounter any difficulty. From normal exposure to the school curriculum, William started to learn his letters and associated sounds. Participating in most of the typical preschool educational games, William enjoyed himself and did quite well. Later in kindergarten, the pattern continued. William started to understand basic word patterns and simple decoding skills began to take hold.

By the end of first grade, William successfully progressed and everyone was quite happy. Williams’s received a great deal of gratification, both from a skill vantage point, as well as with the emotional gratification that came with the success.  Put simply, Williams “emotional tank” was filled in a continual positive loop. By the end of second grade going into third grade, William was seen to be devouring books.  Exposed to thousands of different words simply by reading widely, by the upper elementary school grades William was solidly on his way to being a successful student. The smooth ride was enjoyable. Skills layered on top of skills.

The rich got richer.

Child, B., young Beth, was the opposite of William. In preschool, whenever her parents tried to read books to her, Beth resisted, finding any other activity with which she could engage. In the classroom whenever letter and sound activities were conducted, Beth experienced a sense of nervousness that was not observed by anyone. Intuitively, Beth understood that she was not “getting it.” She looked around the room and saw other children clicking in with their letters and sounds, something that was not occurring for Beth. Any attempts at writing letters or even small words resulted in scribbles that caused her sense of embarrassment.

Moving into kindergarten and then early first grade, the pattern continued. Avoidance on top of avoidance occurred. Compared to William, Beth was exposed to far fewer words just from the simple fact that Beth labored one word at a time, while William was already skating along. (Secretly, Beth hated William and she resented the other children around her seem to be doing so well, so easily.)

By the middle to end of first grade, Beth detested school, and everyone kept telling her she needed to just “pay attention more.” Any attempts at reading chapter books caused Beth a great sense of distress.

The negative cycle continued all the way through elementary school. While Beth was formerly “diagnosed” and classified by fourth-grade, it was already late.  There was a wide gap between Beth and many of the other kids around her.   William had read many chapter books by the end of fourth grade, being exposed to a broad range of vocabulary, enriched language, and imaginative experiences, none of which Beth experienced.

Bottlenecked by her difficulty, it was like there was a clogged fuel line.

While the difficult road that Beth went down could not have been totally avoided, understanding these Matthew effects and how powerful they are argue, again, for early identification and action. By acting early, so much emotional scarring can be avoided, as well as the enhanced skill development occurring in recognizing these effects.