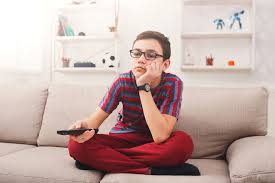 14-year-old Jamie comes in for an assessment.  His pediatrician has told the parents that he thinks Jamie has inattentive ADHD.

When I meet Jamie I do my best to connect with him, but he’s not buying what I’m selling.  Giving me  blasé’  (“must I do this”) fist bump as a starting point, he conveys that he can’t wait to be out of there.

When the assessment starts I ask Jamie to write down three things that he likes to do.  Instead of writing,  he says something in a mumble like, “I don’t like to do too much – mostly video games.”  (Nothing gets written down.)

Later, on a task where I have Jamie copy different shapes and designs on the page and to put blocks together in patterns, he goes through the motions, but there is no attempt to correct himself when a design or block pattern is obviously wrong.

It seems that the  only thing on Jamie’s mind that matters is getting done with this annoyance so he can go back to his screens at home or on the phone that his parents gave him on his birthday (with no strings attached, I might add).

It would be one thing if what was observed was unusual for Jamie, a function of not liking me or the assessment situation, but this occurs on a daily basis and it is pushing his parents buttons.

To my knowledge there is no easy fix to remedy a low “OQ.”  Certainly, many kids with a low OQ are diagnosed as  ADHD or “ADD.”  Perhaps medication can give them a little bit more oomph, but my sense is that it is deeper than we are owning and understanding.

A good first step is to recognize it for what it usually is – a total disinterest in anything beyond their screens.

Once it is recognized for what it is, an honest conversations can take place between parent and child about what the low “OQ” means and how much of a problem it is creating.

You may want to clarify that that the phone and iPad  that were given to them is really not theirs, since you are paying the bills for them and the internet.  Effectively, like giving the kid the keys to the car provisionally, you are letting them use these devices.

There is a basic formula not readily understood in “Screenland.” (i.e., “You give and you get..”).  Instead, they live by the formula they have created is, “You don’t give, but still get.”

Start changing the formula to chisel away at the low “OQ.”

To Contact Dr. Richard Selznick for advice, consultation or other information, email rselznick615@gmail.com.