The Grind of School 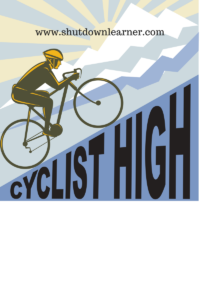 Let’s be honest, school can be a bit of a grind.  This is especially so if you are the kind of kid who struggles with reading, spelling and writing.

For those who do not have learning problems, school also can be a grind, as well, but they have a much easier ride since their fundamental skills are intact.

I think of children with reading/writing disabilities as always running up a hill – a very long hill, with a long and slow incline.

Motivation varies throughout the year with very uneven effort.  The beginning of the year no one notices the grind as in the story of Jason.

Jason, age 12, always starts the school year in an optimistic vein.  In September he vows he will do his homework and turn in his assignments on time.  Then the grind of the year kicks in.  Usually, this starts around middle to late October.  Jason begins avoiding reading assignments because he reads very slowly and with much effort.   The process isn’t much fun for him and it isn’t gratifying.

Jason’s teachers will say that they rarely give more than an hour of homework, but for Jason the work always takes twice as long and it is rarely done well. After a while Jason just decides that he won’t bother anymore since it takes him so long and he makes so many mistakes.

Jason is encountering the grind of school.

One of the biggest issues with struggling kids like Jason is that they are simply given work that is above their instructional level.  The work is too challenging and it results in much frustration.

When work is leveled appropriately, then it does not take an excessive amount of time and the child feels in control.  There is less of a grind.

Excessive use of worksheets also grind it out of the child.  On average they deplete motivation.  Has your kid ever come home excited to say, “Hey, mom, I got a great worksheet today?”

Even if teachers keep it relatively fun, there’s an inevitable grind to school that is probably unavoidable.